(T)Raveling 'Round the World With Ravelry

Many of my knitting friends belong to an online group known as ravelry.  Ravelry is a little bit like Facebook for knitters.  I find it a great place for knitting inspiration, information, and learning opportunities.  It has also turned out to be a way to meet like-minded knitters from other countries.

Before my trip to Estonia, I messaged a bit with a new ravelry friend, Signe, getting some advice on my visit to Tallinn.  Although she is Estonian, we met in the "Knit Like a Latvian" group.  I saw her work and thought that we had a lot in common in the realm of knitting and that we might be sympatico.  We arranged to meet when I was in Tallinn and she suggested going to the Estonian Open Air Museum.  Signe picked me up on a street near my hotel.  We had never met in person, but she told me that she would have one of her Scottish Terriers with her.  When I saw a woman walking towards me with a Scottie, I knew it was Signe and "hello" Rosin (Raisin)!

We had a nice time walking the grounds of the open air museum and Rosin got a lot of attention from various visitors at the museum but was quite wary of the horse who pulled a carriage.  We watched part of the folk dance show. 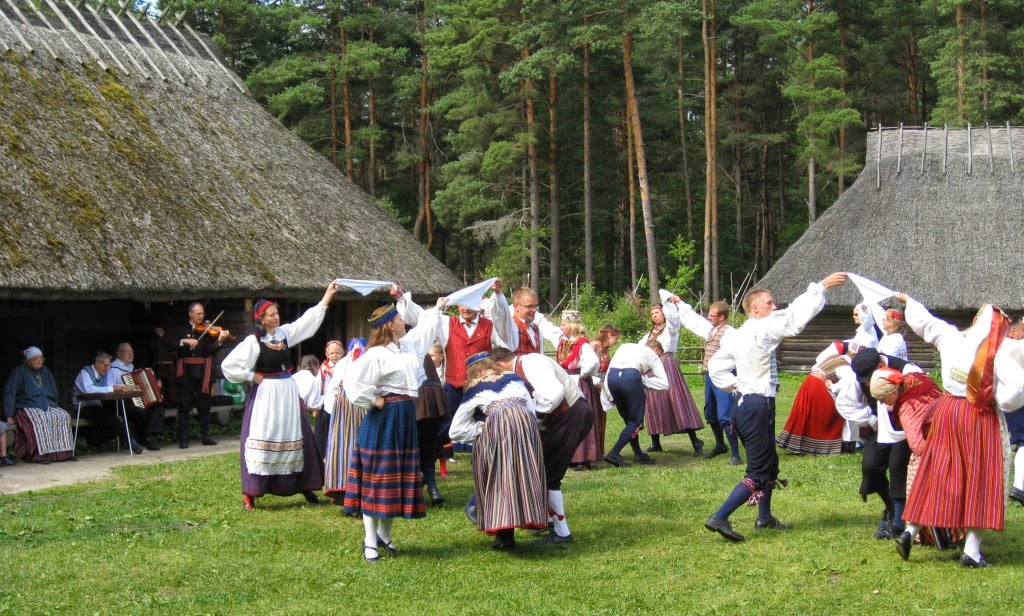 Then we went to the Kolu Cafe and Signe suggested a typical Estonian dish - kama creme.  It came with jam on it and it was quite delicious.  We enjoyed it outdoors with a drink and our knitting.  Signe was working on a Haapsalu shawl with many nupps and had brought along a pair of her mittens and gloves so that we could discuss techniques.  Her work is beautiful! 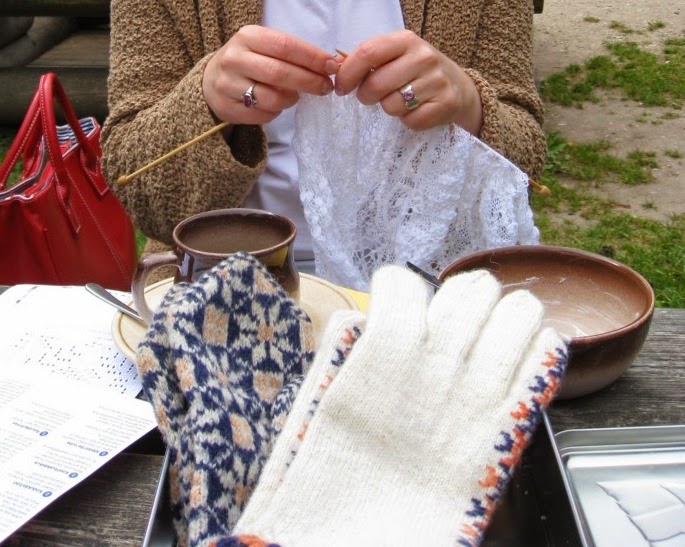 When we returned to the city center, I had plans to meet another Estonian knitter, Monika, who I first met last year at the Baltic Sweater Conference.  Monika was demonstrating spinning at Tallinn Medieval Days (and dressed appropriately).  It turned out that Signe, Rosin, and Monika knew each other, so we surprised Monika with a visit from all of us. 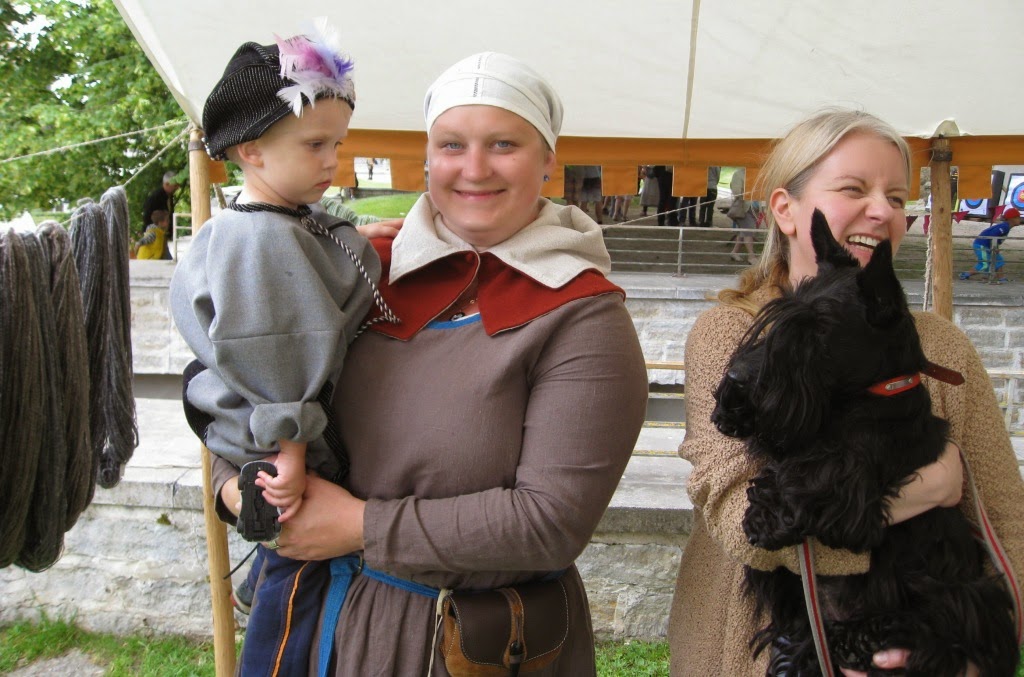 If you're a knitter and want to join ravelry, go here:

Signe blogs in Estonian and you can find her blog here: