I've never been one for expensive jewelry.  What I like in the way of jewelry is handmade, artisan jewelry and jewelry with ethnic origins or connections.  Our house was broken into once and I think the burglar was disappointed in what he found in my jewelry box.  It's not very lucrative for the ne'er-do-well to fence the type of jewelry that you'll find in my jewelry box, but it appeals to me, and for that reason, I treasure it.

I added a few items to my collection on my recent trip to Latvia.  Baltu Rotas, a  shop located very near St. Peter's church in Riga, has lovely jewelry based on ancient Baltic pieces and incorporating traditional Latvian motifs.  I chose a beautiful ring known as a Seven-Day Ring.  I love the movement of the dangling charms and find it very enjoyable to wear. 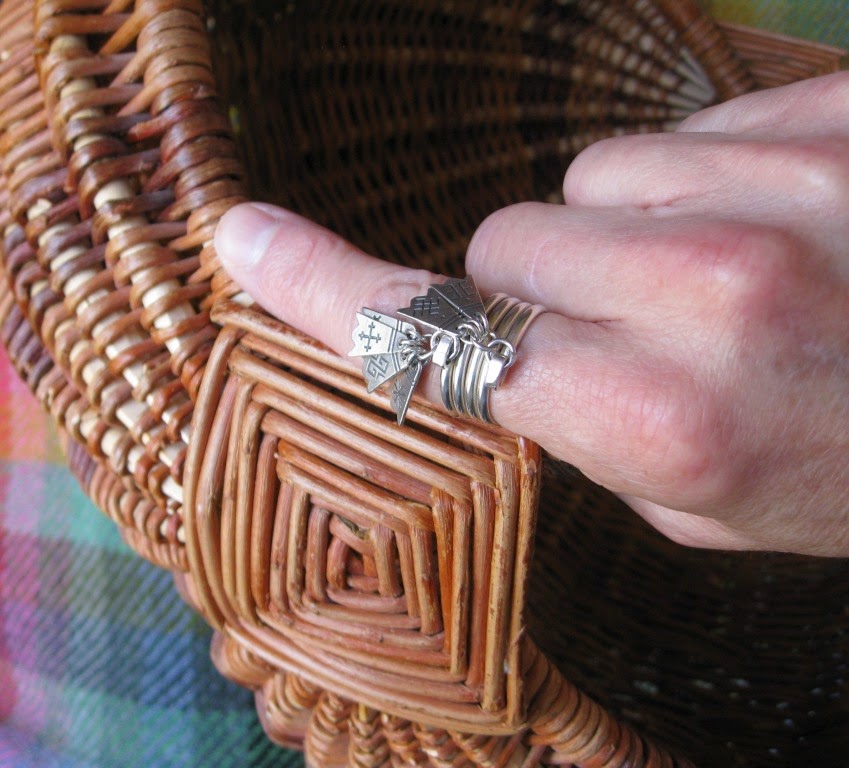 The ring is also known as an Engagement Ring.  According to the information that I was given, the ring was originally worn by girls and unmarried women during the 6th-12th centuries in Latvia.  It has seven pendants, or charms, with ancient Latvian symbols that keep away evil spirits and bring luck.  A legend says that there was a beautiful, young girl who had seven admirers and she couldn't make a choice.  She asked the blacksmith to make a ring with seven pendants with different signs on them, each one symbolizing an admirer.  She decided to marry the man whose pendant would come off first.

You can find the website for the jeweler, Baltu Rotas, here.

I found a silver pendant at Senā klēts, the national costume center in Riga.  The pendant is a thundercross or firecross which is an ancient Latvian symbol.  It is a symbol of the sun's energy and fire, and it is believed to attract happiness and good luck while repelling evil. 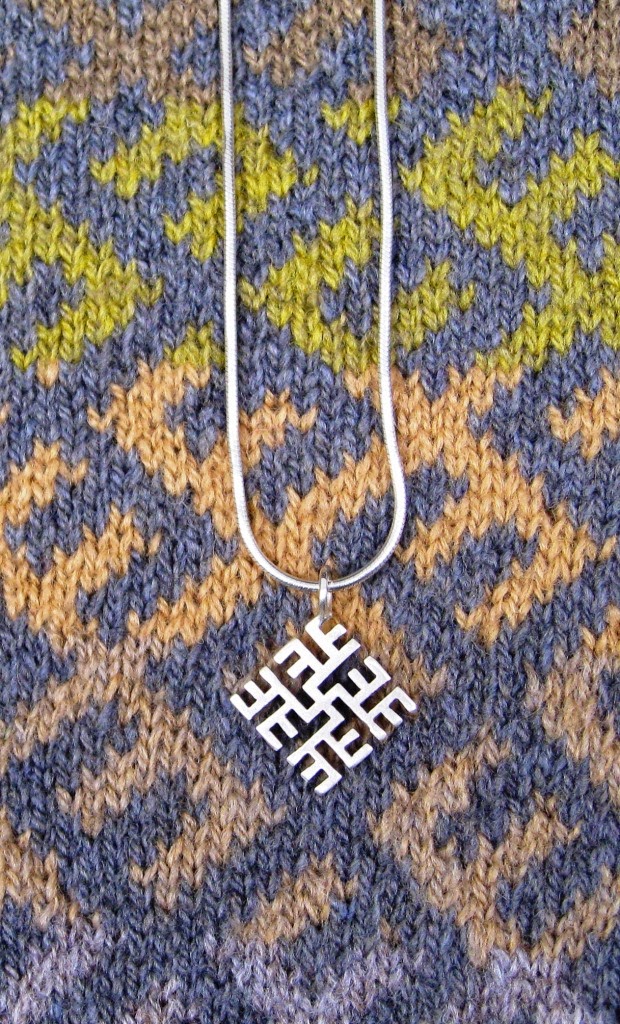 On a whim, I stopped into an interesting shop on Šķūņu iela, just off the Dome Square, in Riga.  There was no identifying name on the outside of the shop but a small hand-written sign said "Creative Goods/Made in Latvia."  It appeared to be a pop-up shop.  I found a group of earrings that were all based on designs from knitted mittens!  I chose one from Pērkone in the Kurzeme region of Latvia.  I love the balance between the distinctive "cuff" at the bottom and the overall design in the upper portion of the earrings.  Very knitterly! 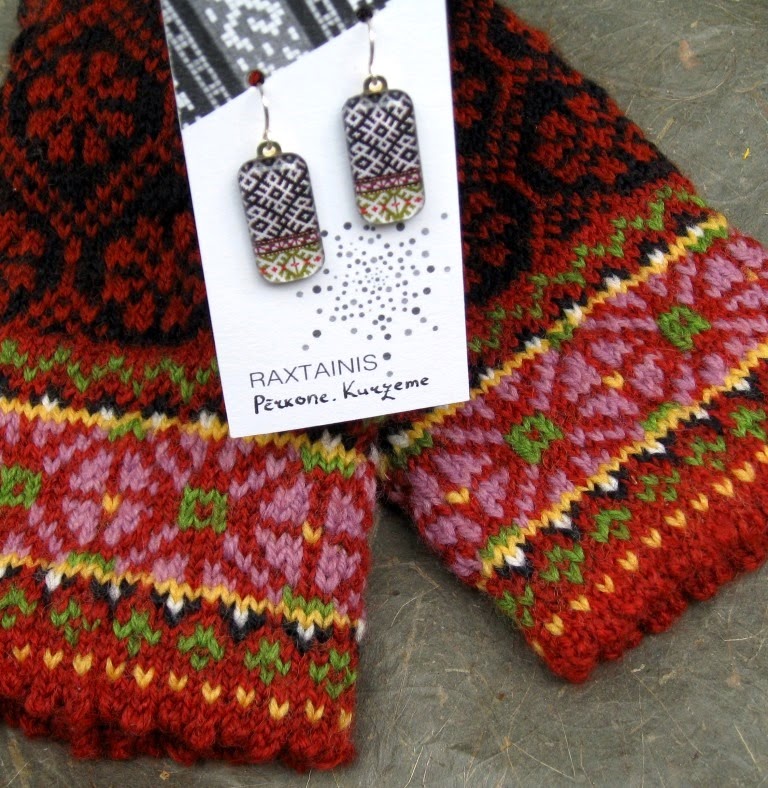 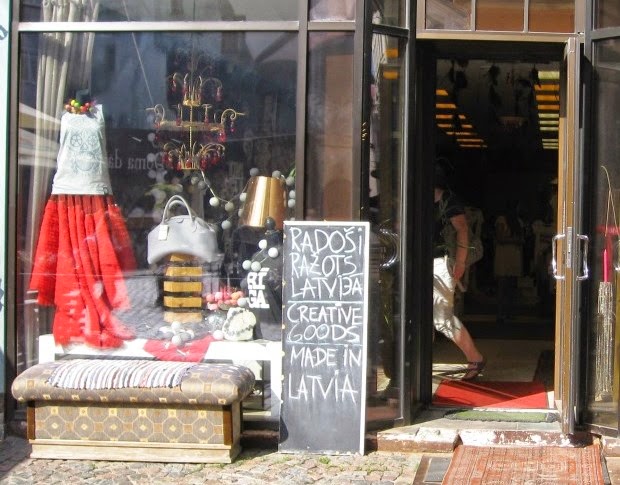