One, Two, Three - Lithuania has been added

I finally added Lithuania to the list of Baltic countries that I've visited.  I started with Latvia in 2001, added Estonia in 2005, and have returned a number of times to each of those countries since then.  But this is the year I was able to add Lithuania to my list.  I got just a small taste of the country (and its cuisine).  It started with my arrival in Vilnius, the capital of Lithuania, at the end of April during unusually cold weather and precipitation of the sleet and slush variety.  I love the little airport in Vilnius.  It's so cute! 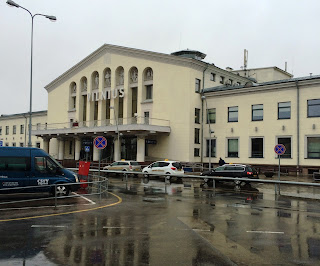 I immediately made use of the new wool hat that I had finished knitting on the flight over, the hand-knit, Latvian-style mittens that I had brought along with me, and a lot of layered clothing.  Brrrr! 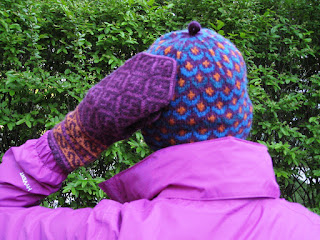 The tour starts at noon every day from the Town Hall steps.  Unfortunately, I've forgotten my tour guide's name, but she was great, and from the photo you'll see that she was dressed for the weather.  Of course, there is no such thing as a free lunch (or a free tour) and tips are collected at the end of the tour.  Well worth it!  I was so impressed with this tour that when I was in Riga the following week, I went on the Riga Free Tour as well.  Fortunately, the weather got much nicer after the first few cold and wet days. In fact, it was dry and unseasonably warm for the rest of my trip. 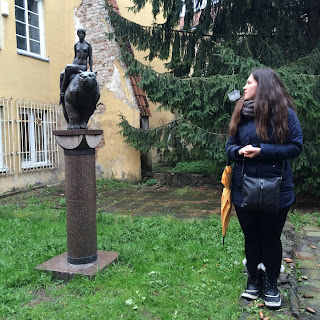 As a knitter, I made sure that I checked out every knitting store or wool shop that I could find in Vilnius.  Amazingly enough, I found absolutely no Lithuanian yarns there.  It appears the Lithuanians are interested in fashion knitting (yarns from Italy and such) rather than traditional ethnic knitting.  I was hoping to find Teksrena yarn here (an 8/2 wool yarn that is spun in Lithuania and is perfect for mittens), but instead I found it in Tallinn, Estonia, at a knitwear shop known as Alberto Käsitöö at Vana-Viru 11a.  And at a great price to boot!

Besides yarn shops, I also did some sightseeing including a tour of Gediminas' Tower which had a wonderful exhibit about the Baltic Way.  The Baltic Way (or Baltic Chain) was a show of solidarity in the pursuit of independence that was demonstrated by approximately 2 million Lithuanian, Latvian, and Estonian people on August 23, 1989.  The people joined together, hand in hand, from Gediminas' Tower in Vilnius, Lithuania, through Riga, Latvia, and on to Tallinn, Estonia, a total of 600 continuous kilometers (373 miles).  Independence from the Soviets for all three Baltic countries came about within two years following that peaceful demonstration. 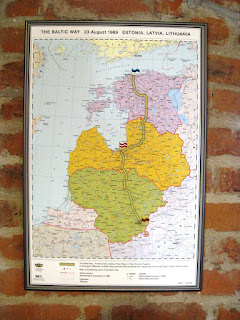 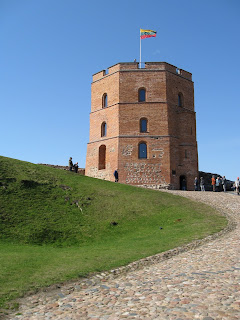 Views of the surrounding countryside and the city of Vilnius from the tower are outstanding! 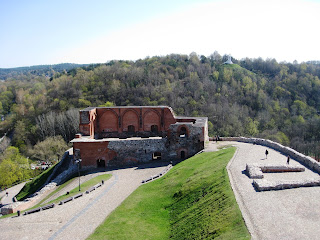 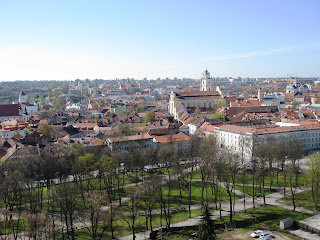