Do you Know Sheep?

I spent a few days on the islands of Muhu and Saaremaa.  My home base was the town of Kuressaare.  I arrived on a Sunday which is a pretty quiet day during the month of May.  However, I went exploring and I found KnowSheep based on a friend's recommendation.

The facility is officially named The KnowSheep Sheep Resource Centre and it is operated by the Saaremaa Wool Association with a project grant through the Central Baltic Interreg Programme.

The door was open (at least ajar) and I heard voices, so I walked in.  It turned out they were not actually open, but I had a nice, long chat with Alar Allas, who is a dedicated volunteer for this nonprofit organization which is promoting sheep farming on the Estonian and Finnish islands in the Baltic sea.  Alar is Canadian-Estonian and we chatted on for some time and found that we had a connection from my prior trip to Estonia in 2005 when my friend, Sandy, and I met Gilleke who, at the time, was focused on preserving the native Estonian sheep.  It turns out that Gilleke was instrumental in spurring the formation of the Saaremaa Wool Association. 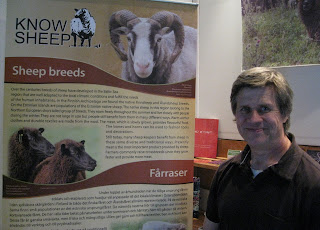 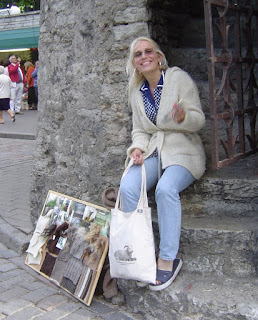 ﻿
I recommend that you get to know sheep at http://www.knowsheep.eu/index.php?page_id=1.
Posted by Mary G at 4:02 PM