The first-ever Wisconsin Walk & Knit event took place at the Wisconsin Sheep & Wool Festival on Saturday, September 6, 2014.  Ten teams competed in the Walk & Knit Relay Challenge for fun and fabulous prizes!  That's forty walking knitters!  Volunteers to coordinate the walking knitters were recruited from the Milwaukee, Madison, and Door County areas of Wisconsin and many spectators came to watch and cheer on the teams. 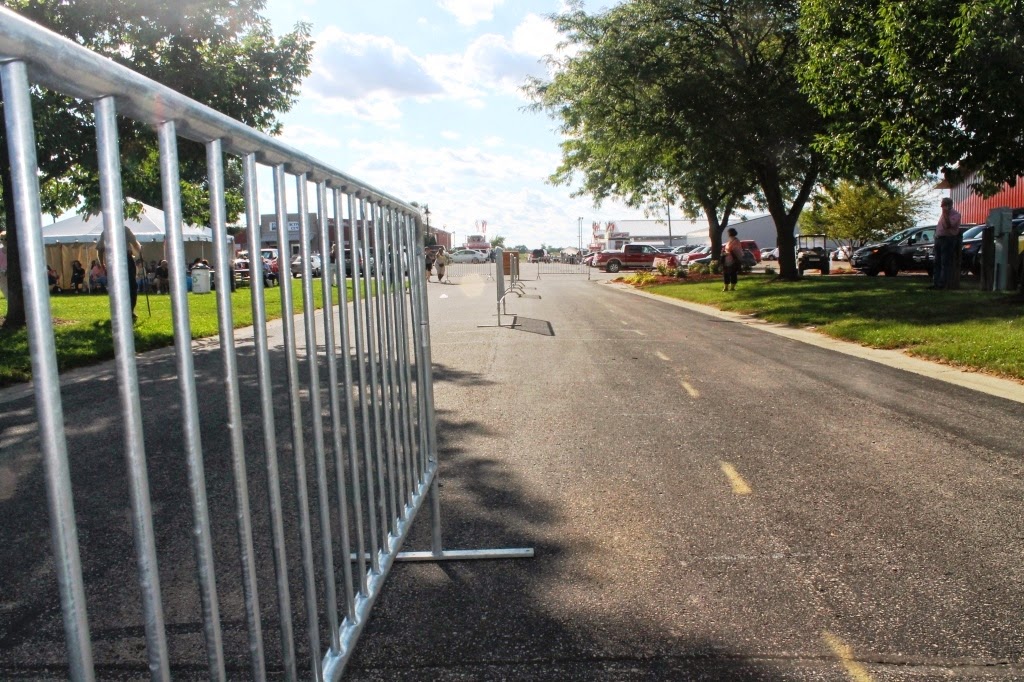 The calm before the storm

Competition was fierce, but no competitors were injured during the race.  However, emergency vehicles arrived just prior to the race and traveled along the racetrack to assist another festival-goer who apparently was stung by a bee.  The competitors may not have been breathless when they finished the race, but everyone who competed gave it their all. 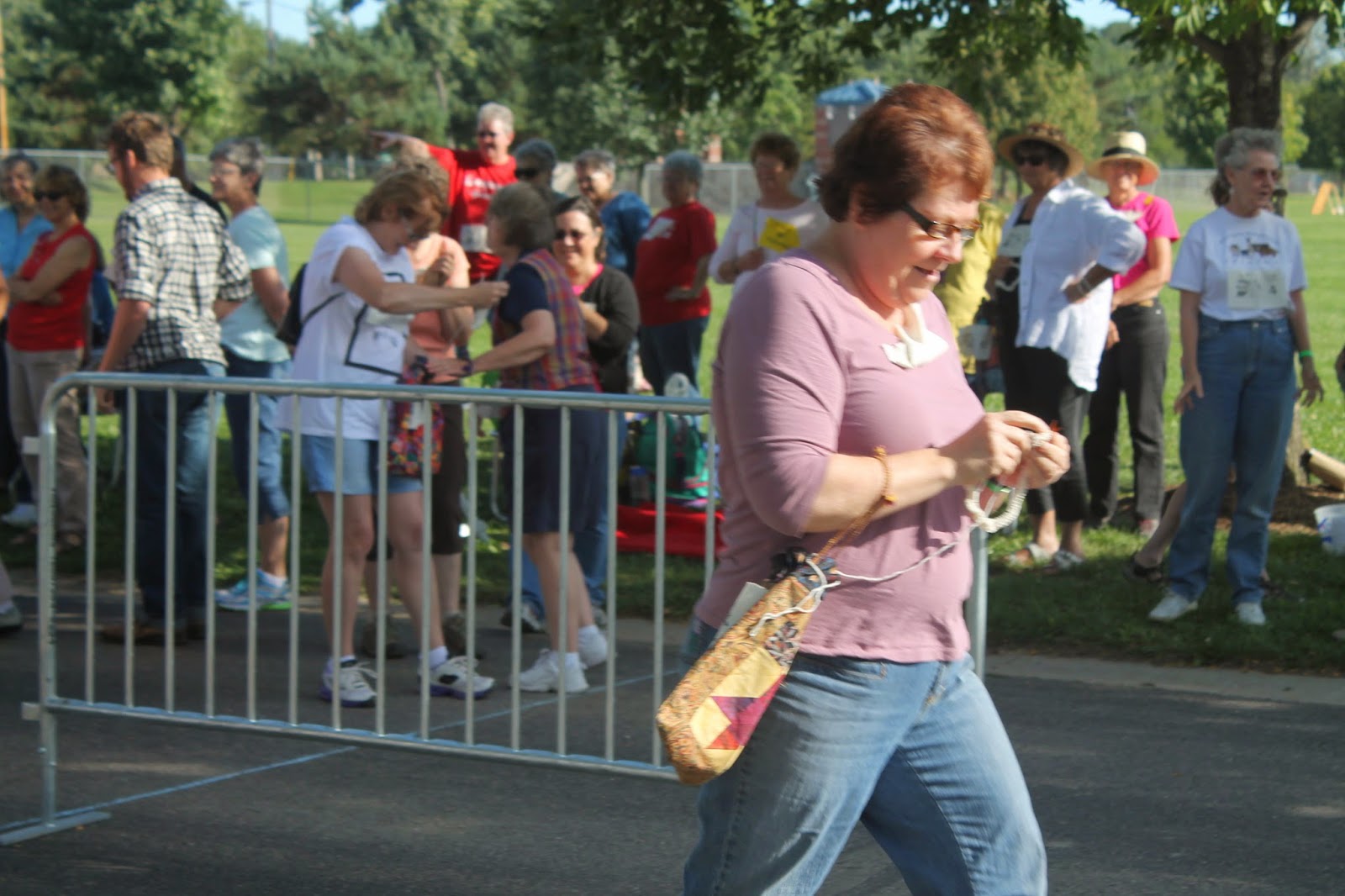 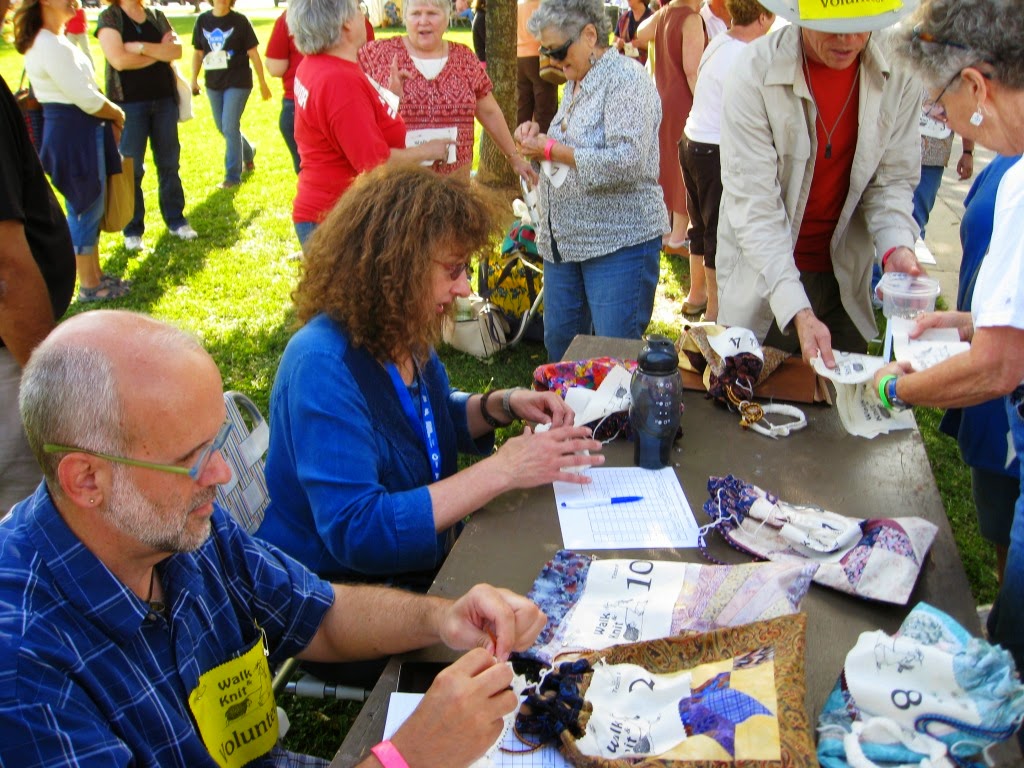 Judge Jamie and Judge Laurie
Winning was based on rankings in the following criteria:  fastest speed of walking, largest number of stitches completed, and lowest number of errors. 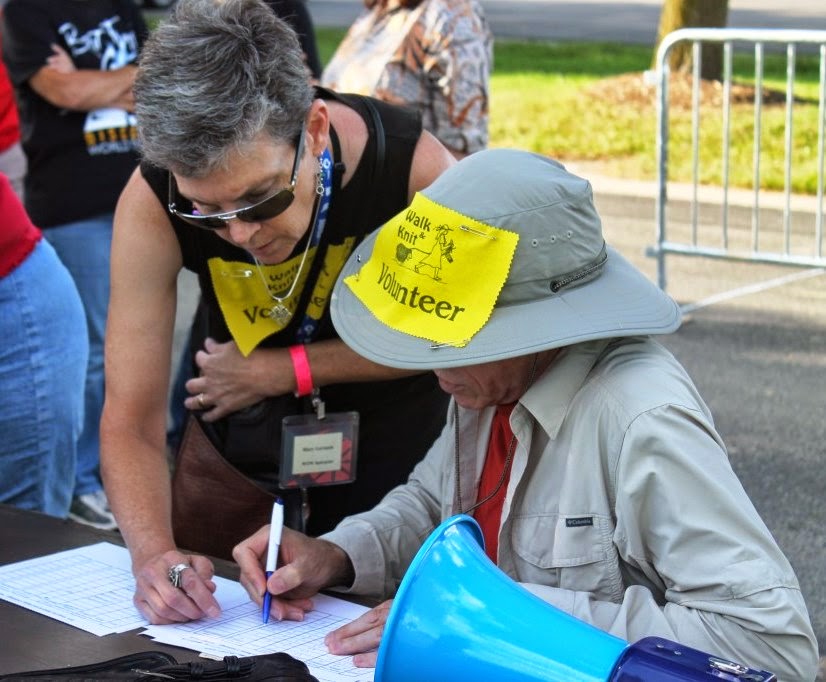 Tallying the Results
Based on this criteria, the 1st place team was from Yarns by Design and the team members actually won some prizes that were donated by Yarns by Design - who wouldn't want Beth Brown-Reinsel's new DVD on Color Stranded Knitting Techniques? 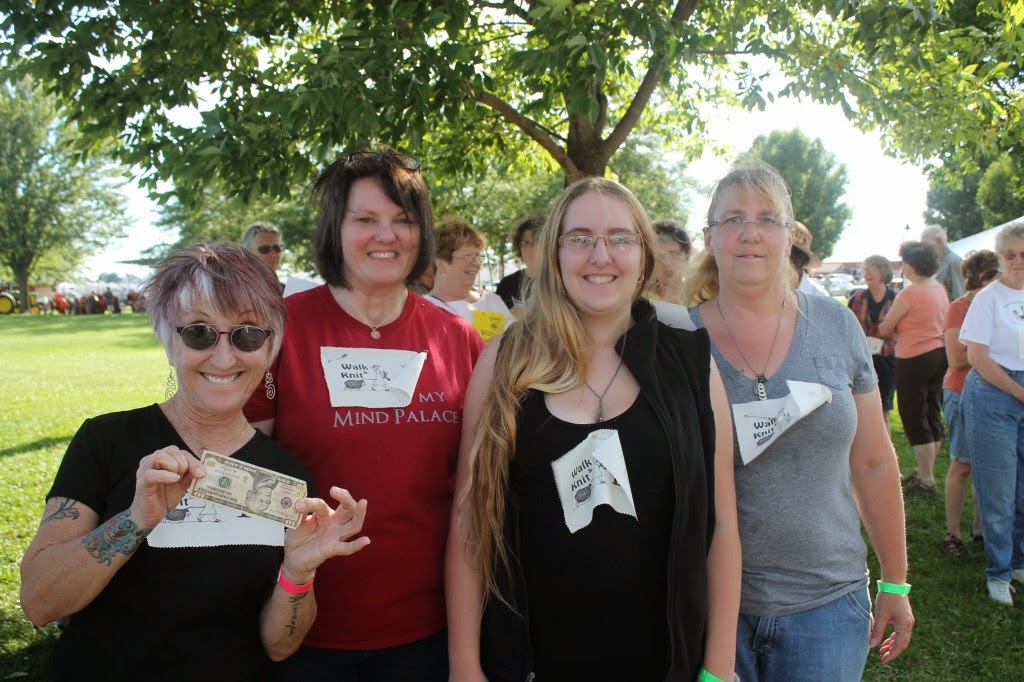 1st Place Team
What surprised us was how close the walking times were.  All teams completed the race within 19 seconds of each other.  Wow!  Maybe someone will try speed-walking next year.

The 2nd place team was an ad-hoc team of individuals that came together minutes before the race and then proceeded to knit the highest number of stitches, by far. 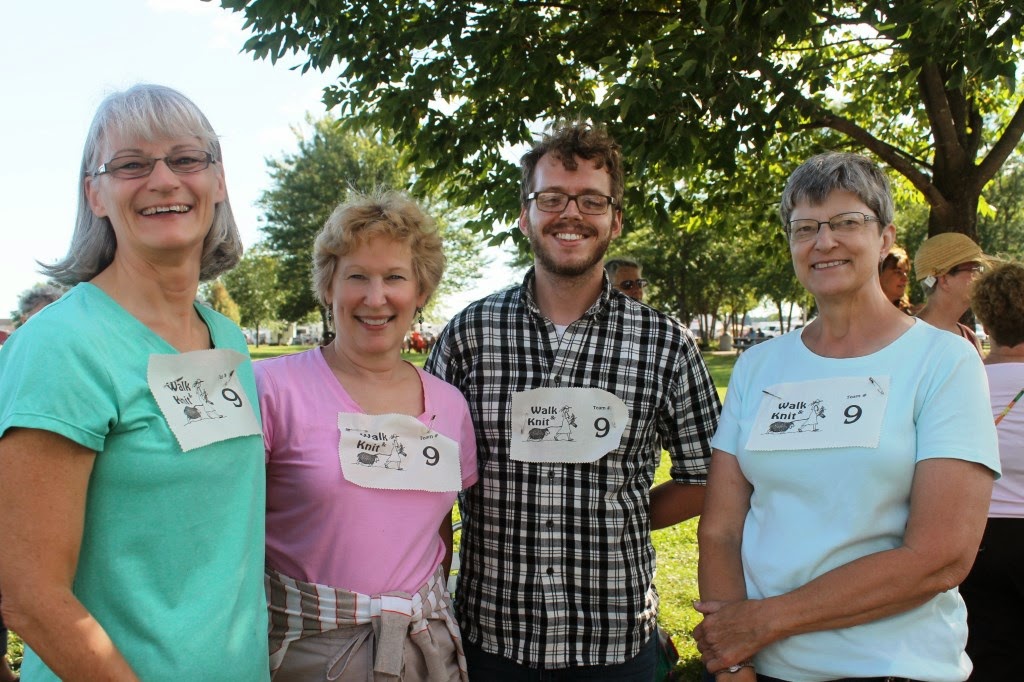 2nd Place Team
The final "heat" was between two teams from spinning guilds - the Sarasponda Spinners and the Arachne Spinners.  The Arachne Spinners finished in 3rd place in the field of ten teams, wearing their Minnie Pearl hats. 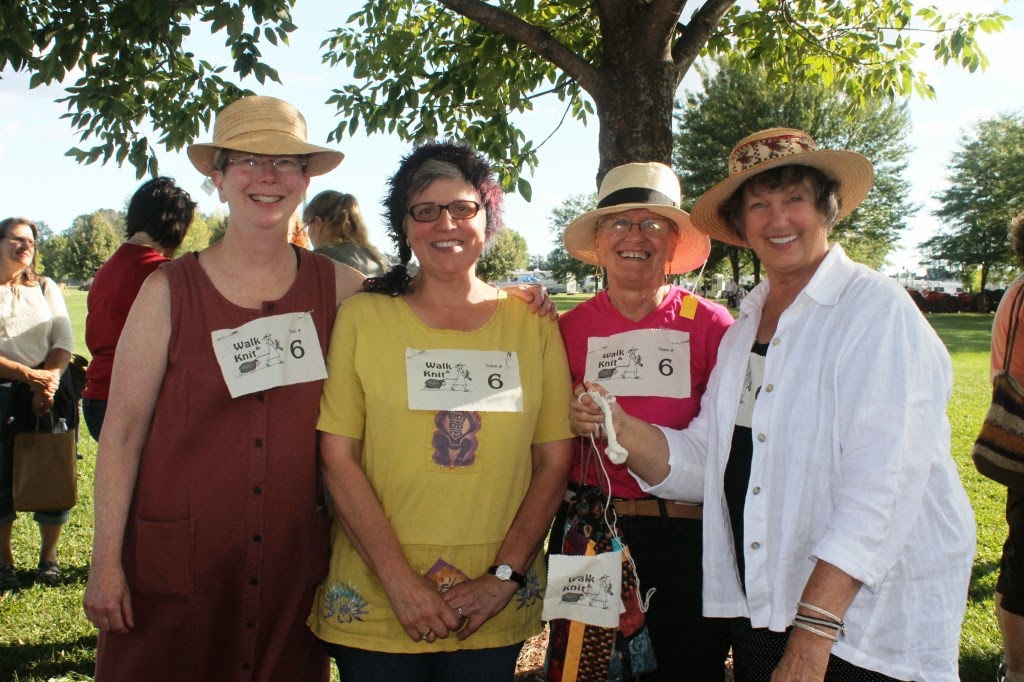 3rd Place Team
Congratulations to the winning teams and thanks to all the competitors, volunteers, spectators, and the sponsors who provided fabulous prizes.  Thanks also to the Lossi Guild who runs the Käi ja Koo in Estonia and provided the inspiration for this Walk & Knit event in Wisconsin - read about my experience at the 2013 Estonian event here:

It looks like this should be an annual event in Wisconsin! 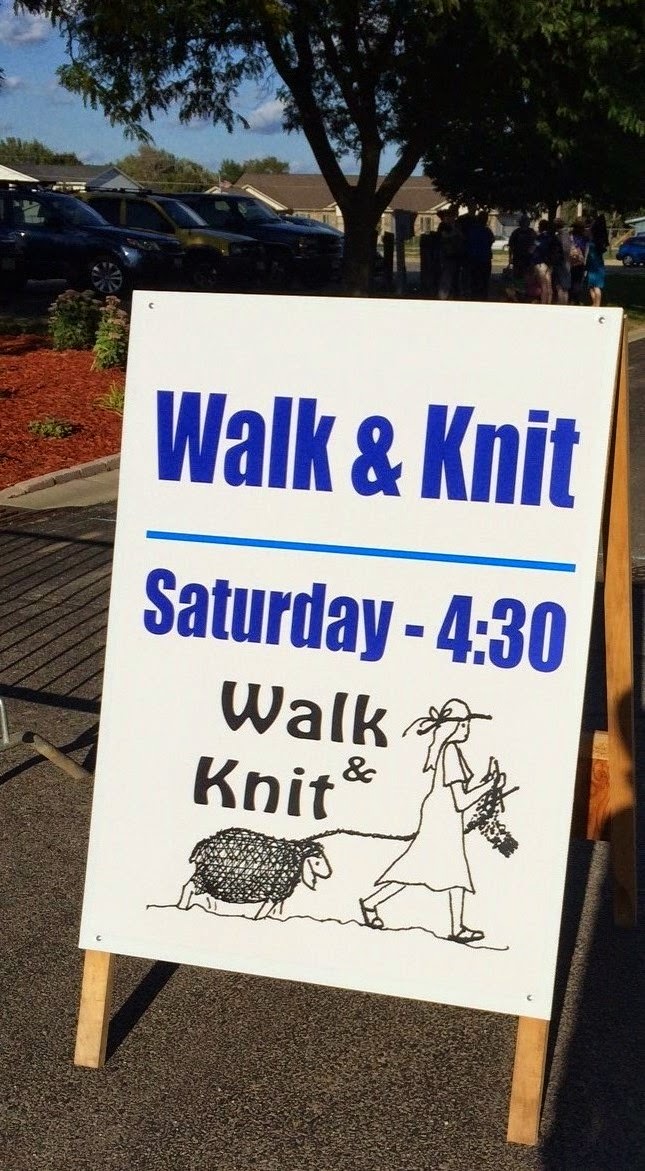 A 5-day knitting retreat in the Latgale region of Latvia is what took me to the Baltics this summer. The Latgale retreat was offered by Senā... 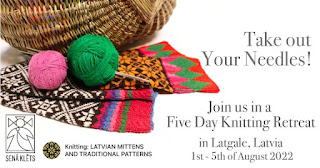