I first got involved with the Latvian community and culture when I owned The Wool Works, a yarn shop in Milwaukee, Wisconsin, and met Irma Mežaraups Ciganovich in about 1985.  She brought her handknit mittens, socks, and Christmas stockings into my shop and I sold these items for her.  The warm, lined Latvian mittens, patterned socks, and beautiful Christmas stockings always sold out quickly.  My friend, Sandy, and I wrote an article about Irma that appeared in Piecework magazine. 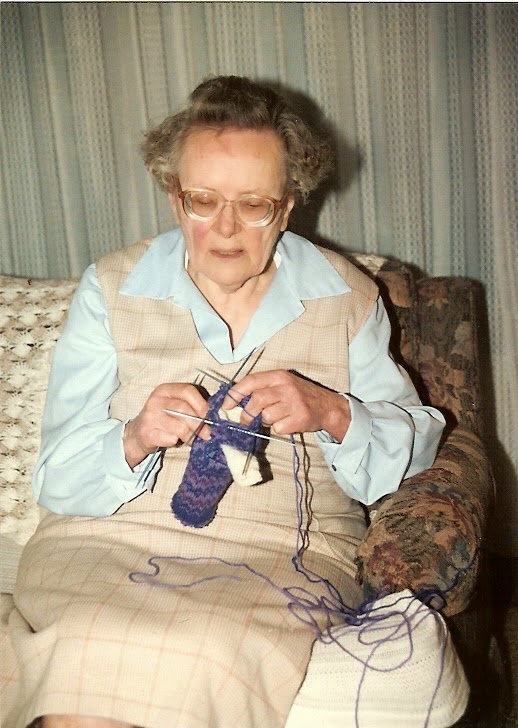 Irma, circa 1995
I had no idea my friendship with Irma would lead to a deeper connection with Latvians and their culture and many more friendships.  Irma passed away in 2000, shortly before my first knitting trip to Latvia.  My world has grown so much because of her.

Two years ago, the XIII (Thirteenth) U.S. Latvian Song & Dance Festival took place in Milwaukee and my husband and I were recruited as Kasieri, or Co-Treasurers, of the event.  Holding this volunteer position was quite an experience and involved working with ticket orders in both Latvian and English when over 3,000 people arrived in downtown Milwaukee and attended the festival.

"Meet me at the Laima clock"
(at the Hyatt in Downtown Milwaukee)
﻿
Last year, during the conference in Estonia on Traditional Knitted Sweaters Around the Baltic Sea, I met some of the women that came from Latvia and I connected and chatted in particular with Ziedite who works at Senā klēts, the National Costume Centre in Riga.  I was able to make plans to meet with her again this year.  We met at Senā klēts, where all of the mittens that are photographed and charted in the recently published book, Latvieša Cimdi by Maruta Grasmane, were on display.  What a feast for the eyes! 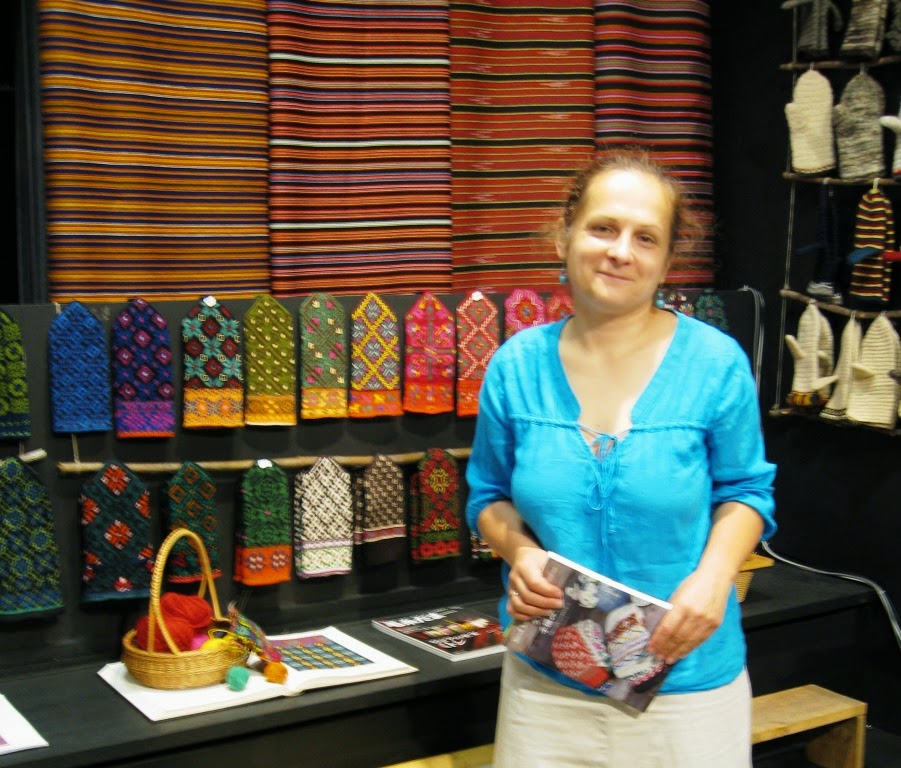 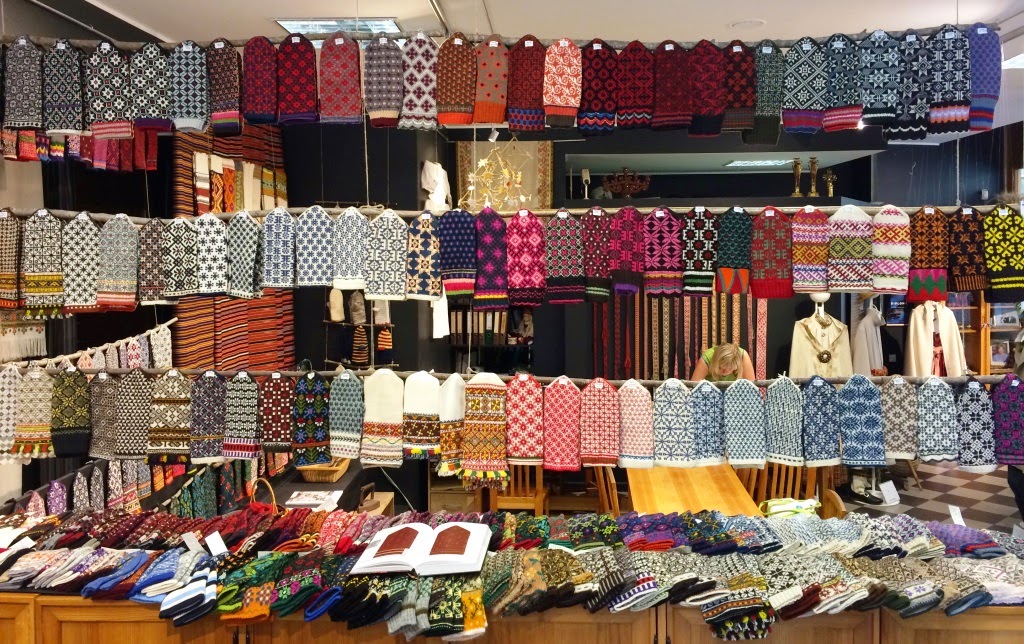 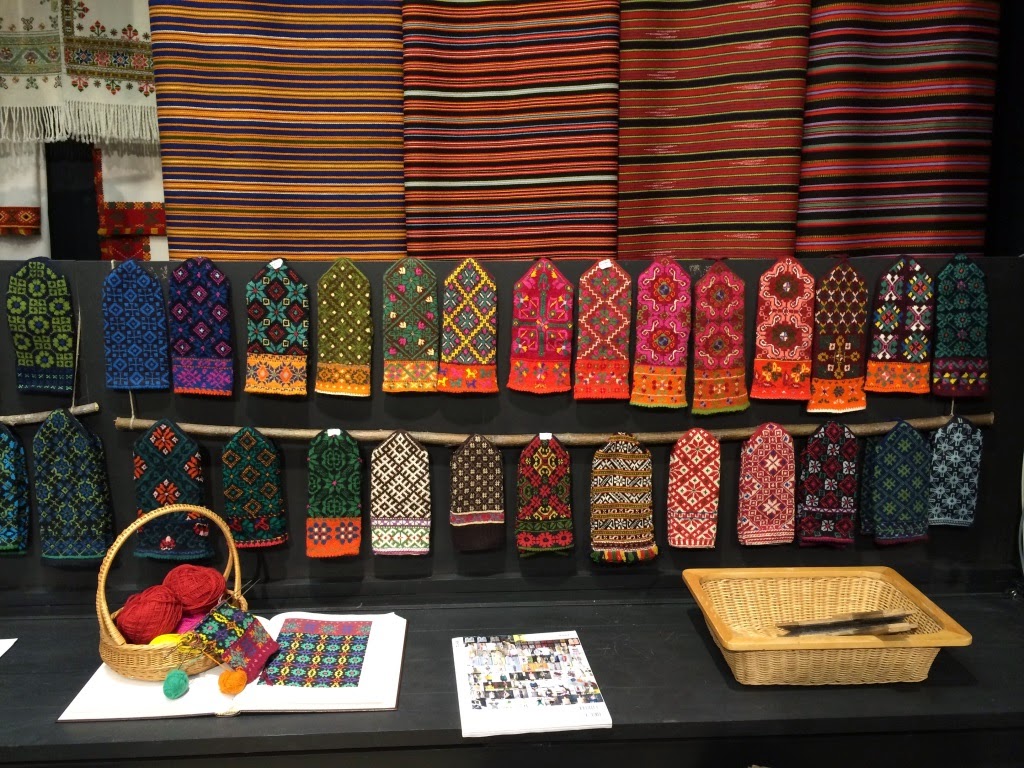 ﻿
I've written before about Ravelry (here) and I recently met a new Latvian friend on Ravelry.  I saw Mara's comments in the Knit Like a Latvian group and noticed that she lived in Riga.  I thought that it would be nice to meet her.  Before my trip to Riga, she provided me with advice including information on yarn shops and book stores in Riga.  During my visit, we met for dinner and a stroll one evening.  I was able to share a knitting book with Mara - Latviešu Cimdu Raksti.  This book was written by a Latvian woman, Erna Jansons, whom I met about 10 years ago and who now lives in the same senior-living complex where my mother lives. 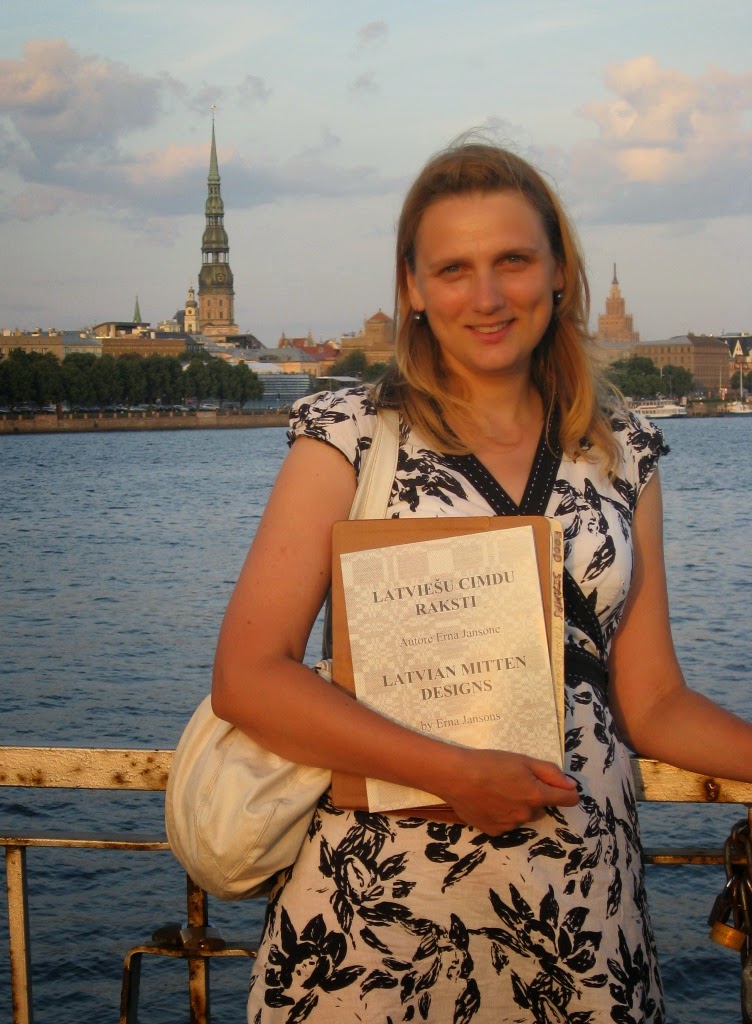 Mara with Erna's book and the Riga skyline behind her
﻿
These are some of my many threads of connection to Latvia.
Posted by Mary G at 6:09 AM