I was sorry to miss the International World of Mittens Conference that took place in Riga, Latvia, in June of this year.  Friends were going but I chose the Estonian Craft Camp instead.  Although I missed the mitten conference, I was eager to return to Latvia.  After craft camp, I made my way by bus to Riga.

I had briefly met Linda Rubena, the organizer of the Mitten Conference, last year when she was the speaker on Latvian textiles at the Conference on Traditional Knitted Sweaters Around the Baltic Sea.  I contacted Linda to see if she would have time to meet with me and I was happy to make plans to meet her at Tīnes, a handicraft shop in Riga.  We also had time to walk around Vecrīga (Old Riga) and Linda showed me some of the sights. 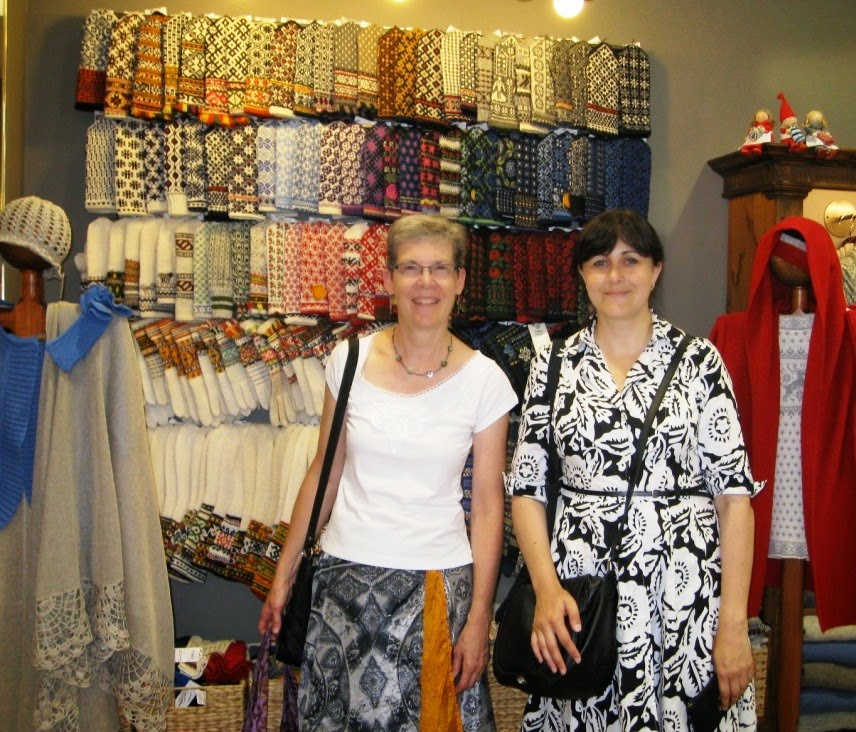 I had wanted to return to the National History Museum of Latvia in the Riga Castle to study mittens but learned that the castle had sustained damage due to a fire and it was closed for repair.  The good news was that no one was hurt and no textiles were damaged in the fire.

Instead, I planned to visit the Ethnographic Open-Air Museum of Latvia (Latvijas Etnogrāfiskais Brīvdabas Muzejs) on the outskirts of Riga and view their collection of mittens.  Before my arrival, Linda had given me contact information for the museum.  I made some arrangements via email to visit the museum but was told that there would be no one there who spoke English.  I figured I could probably get by.  However, the museum grounds are large and there are many buildings on the grounds and I wasn't sure exactly where I should go.  I mentioned this to Linda and she made some phone calls for me to get an answer.  But more than that, she contacted her daughter, Elza, to see if she might be able to accompany me to the museum the next day.  Yes, indeed!  Linda and I then made our way to Senā klēts, the National Costume Centre, and I met Linda's daughters, Dārta and Elza, who were both there working.

The next day I met Elza and we took the bus to the museum and then Elza led me to the first building where we viewed mittens and other textiles. 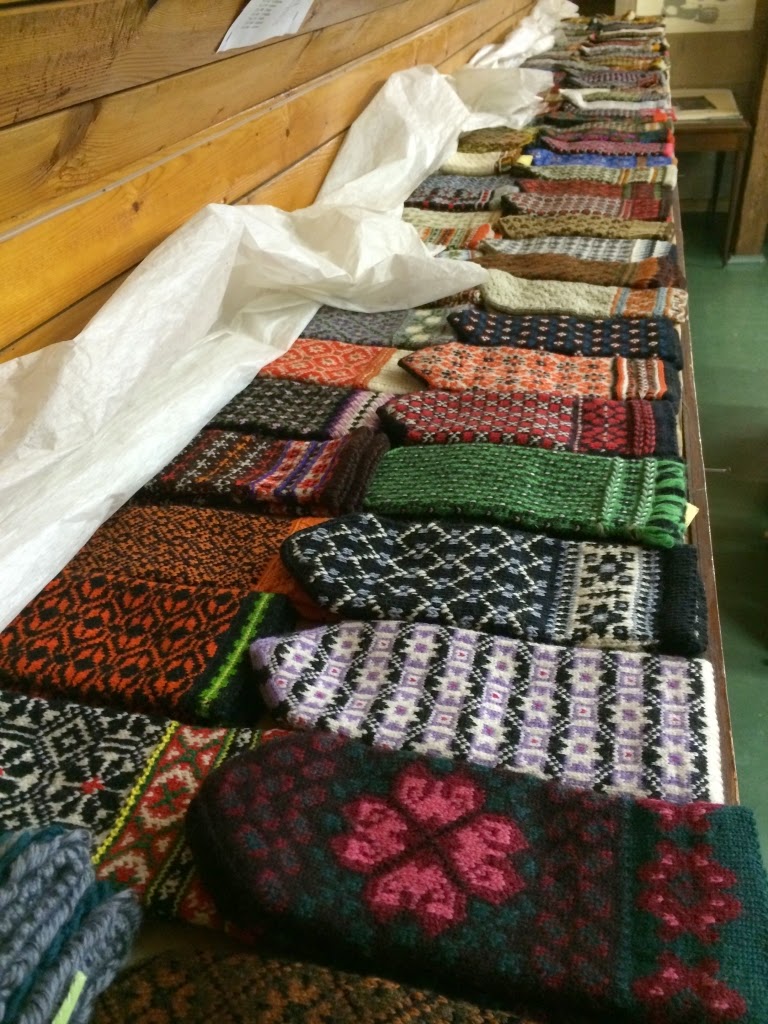 Then on to a newer building across the museum grounds where older mittens were conserved in drawers.  Our shortcut through the woods took us by some wild blueberries. 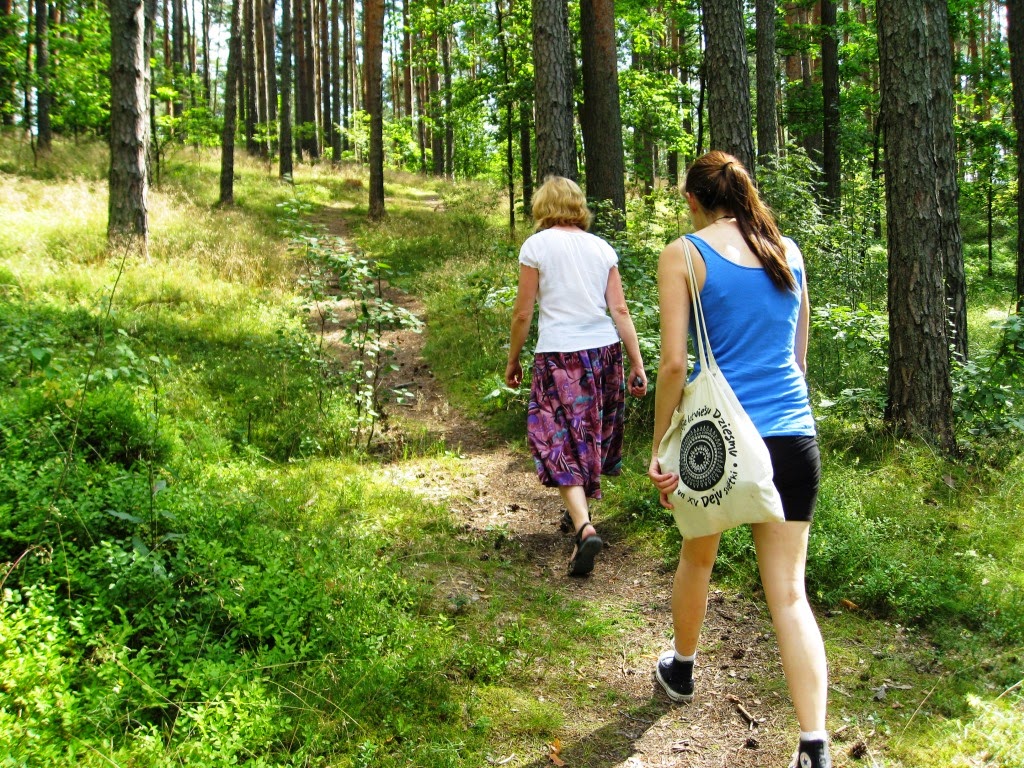 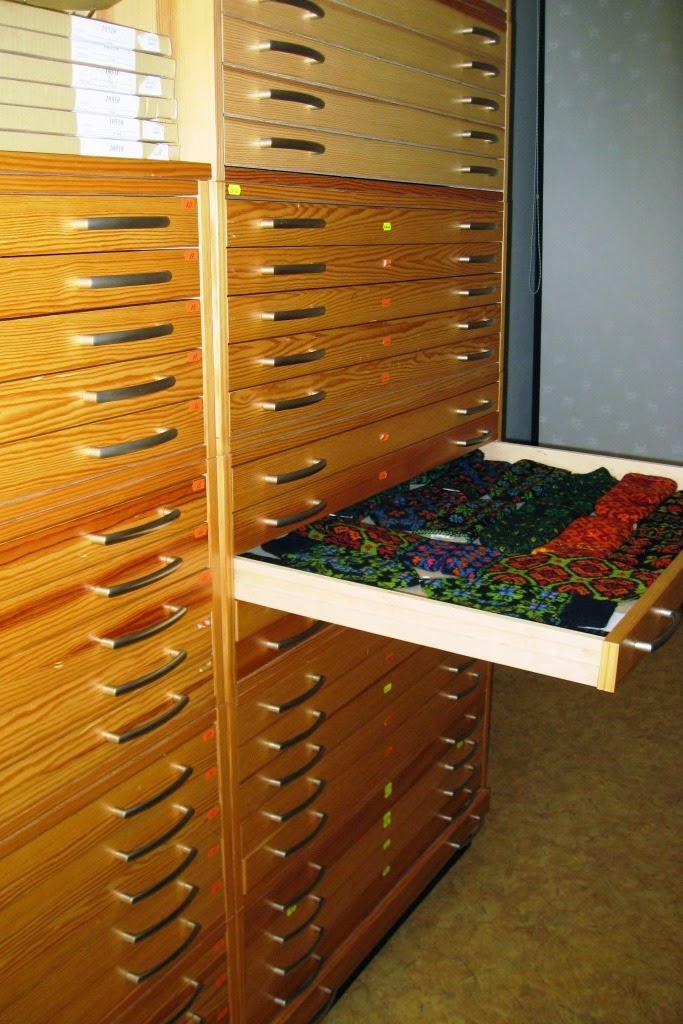 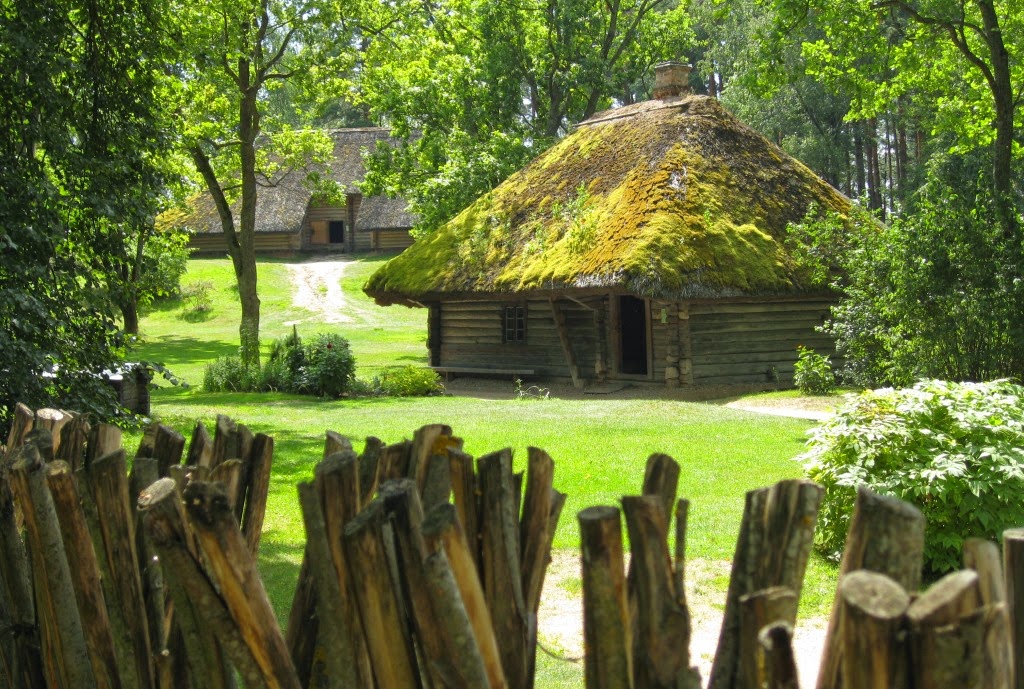 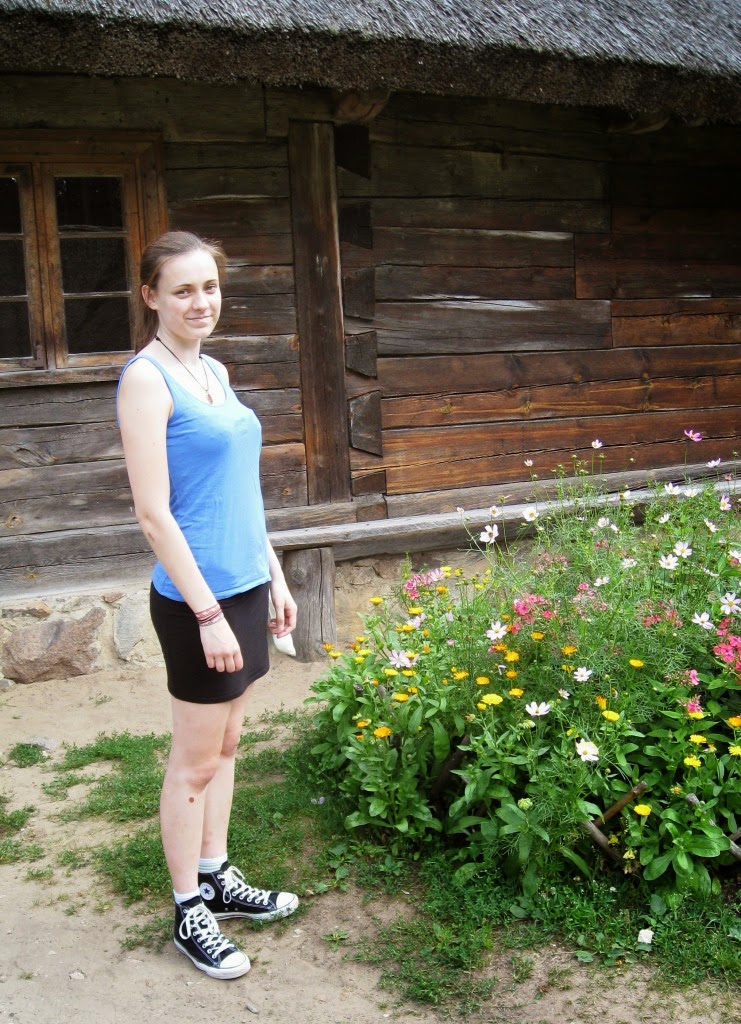 Elza, my English and Latvian-speaking guide﻿
Posted by Mary G at 5:37 AM