As we were leaving to fly home from the Zagreb airport, I saw a Croatian design shop and a very cute and clever tote bag with the slogan "Similar to Croissant, Different From Donut - Croatia." I should have grabbed that bag, but I had just spent all my kuna. An internet search when I got home shows that the Croatian Design Superstore website is currently under reconstruction. 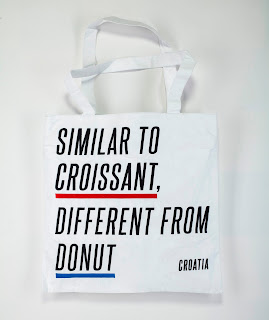 I traveled with my husband around the croissant-shaped country for two weeks in the second half of May. How did I convince him to go? Just search on the internet for images of Plitvice National Park and you'll see the visual argument that sold him on the idea. Croatia is a beautiful country!

For me, dreaming about and planning a trip is almost as good as traveling. I spent a lot of pleasant time reading books and blogs, talking to friends, and thinking about what route would make the best two-week itinerary for us. If knitting isn't the main focus of my travels, then hiking oftentimes is. Here's the itinerary we chose:

We began with a short overnight stop in Zagreb, the capital, which gave us our very first Airbnb experience. Friends who had traveled in Croatia last year highly recommended Airbnb. Rather than booking a room, we chose to book a little apartment for ourselves in each town that we stayed. We knew that breakfast is not usually included with Croatian accommodations so having a kitchenette for breakfast in our room and a living room for lounging in the evening after hours on our feet worked out perfectly. We had a lot of great experiences with apartments and our hosts! In Zagreb, Zvonimir, our host from Olive Tree City Corner, provided transportation from the bus station, welcomed us to our temporary home with a homemade walnut liqueur aperitif and delicious dried fruits, and then offered to drive us to a special FloraArt exhibit at Bundek Park - it was the final day for the exhibit. 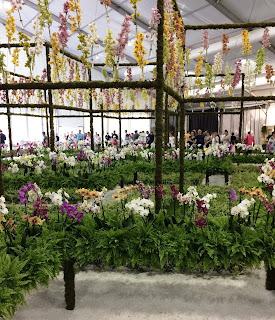 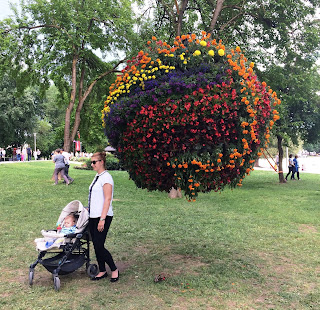 After FloraArt, we still had time for a walking tour and dinner before returning to our quiet and private one-bedroom apartment. After a good night's sleep and a very quick time zone adjustment, we were ready to pick up our rental car and make our way from Zagreb to Rovinj. We had the rental car for one week to make it easier for us to access the three national parks that we planned to visit. The second week we traveled via public transportation - ferries, buses, and a short flight that took us back to Zagreb from Dubrovnik at the end.

We broke up our drive to Rovinj by stopping in Pazin and locating a "chasm" hike that I'd read about. We found the start of the hike right near the platform for zip lining across the chasm. We chose the hike instead. 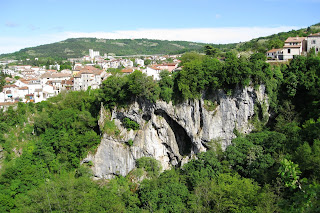 Rovinj is a charming little coastal town on the Istrian Peninsula. Istria is located very close to Italy and was under Italian rule on-and-off over the years. There is a strong Italian influence here and you'll find delicious pasta, pizza, and gelato. Our favorite gelato place of the entire trip was Gelateria Italia. We also had some wonderful pasta and seafood at Aqua 2, a restaurant right on the water with a beautiful view of the Old Town. Rovinj's picturesque and steep Old Town is located on a small peninsula, formerly an island. 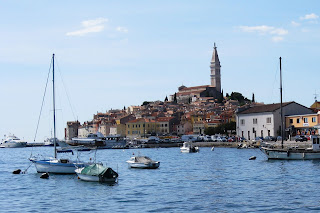 Just like parts of Italy, there are hill towns in Istria. We spent a day driving to Motovun and a few other hill towns in the area. My husband will tell you, if there's a hill, it must be climbed! 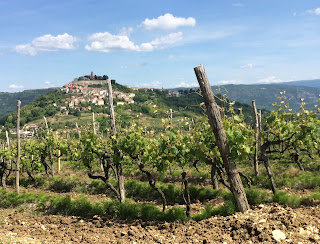