Our trip to Croatia had one must-see destination - Plitvice National Park. But as I researched our trip, I added Paklenica National Park and Krka National Park. All three parks were well worth the miles we drove to fit them in. 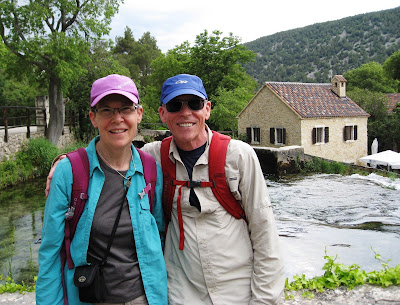 We stayed near Plitvice for two nights so that we had a full day to hike, view, and enjoy the park. We lucked into some great weather and spent 7 hours on the trails. The trails are on boardwalks across the water and near waterfalls or on paths along the edges of lakes with views of waterfalls everywhere. According to my phone's Health app, we walked over 10 miles in Plitvice. 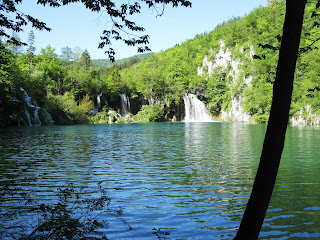 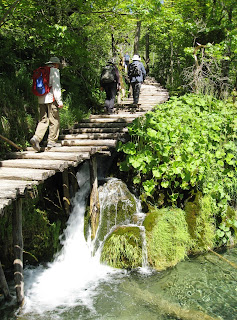 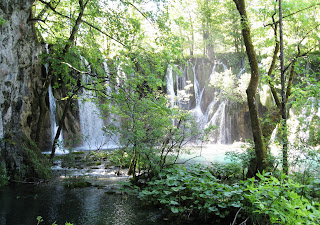 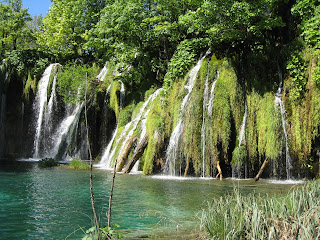 We drove from Plitvice to Zadar but stopped en route at Paklenica, a park with mountains and canyons. We hiked a popular trail from the Starigrad entrance up the larger canyon (Velika Paklenica) to the Mountain Hut (#10 on the park map). 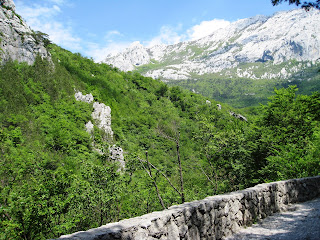 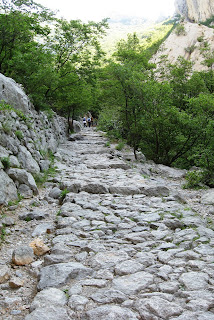 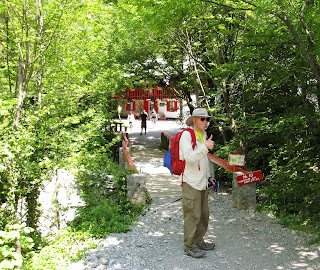 Along the way, we had a view of Anića Luka, the really large rock face (400 meter high face) that provides a surface for many adventurous rock climbers. 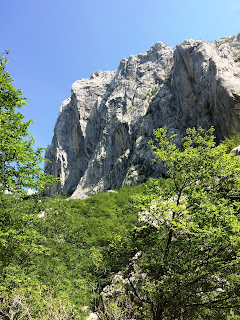 It turned out to be a scary day as we managed to lose each other on a hike above the Mountain Hut. You wouldn't think that could happen when just two people are hiking together. But, when one person says "let's go just a little further, up, up, up" and the other person has "had it up to here," it can happen. Neither of us had a cell phone signal and that made for an anxious hour or two while we each traveled up and down various paths trying to find each other. Next time, we need to have a contingency plan in place in case we get separated. Not surprisingly, we had our longest hiking day that day - over 14 miles on mostly mountainous terrain. We were glad that we took hiking poles along on the trip; they were helpful in all of the parks, but especially in Paklenica.

If hiking the park wasn't enough for the day, that evening we still managed to walk from our Zadar apartment to the Old Town, have dinner, and sight-see the historic buildings at night. 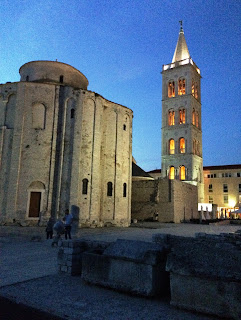 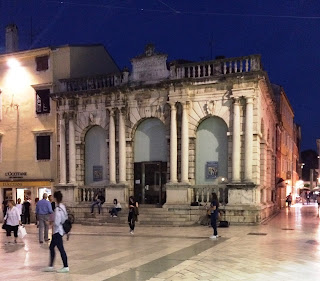 We also made a point to view a music and light show provided by two public art installations on the waterfront. The Sea Organ is an architectural object and experimental musical instrument whose sounds come from sea waves that meet with tubes located under steps on the Adriatic (Sea Organ YouTube video here) and the Sun Salutation or Greeting to the Sun is a plaza with multi-layered glass plates and photo-voltage solar modules which produce a light show (Sun Salutation YouTube video here). Both art installations were created by architect Nikola Bašić and many people gathered in the evening to enjoy them. 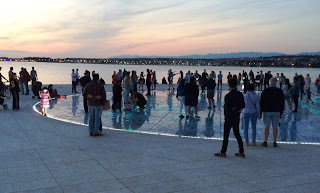 The next day, as we drove from Zadar to Split, we visited Krka National Park, another park (like Plitvice) of stunning waterfalls and convenient boardwalks. Swimming is allowed in areas of this park, but the day was a bit cool and overcast and we only saw a few swimmers, or more accurately waders, in the water. We began our hike of the Skrudinski Buk area of the park from the Lozovac entrance where we found some nearby free parking. Skrudinski Buk is a particular waterfall but there are many waterfalls that can be viewed from a circular one-way path with a connecting series of boardwalks. The walk takes 1-2 hours but we took our time stopping for many photos, a picnic lunch, and a museum area with a weavers' studio. 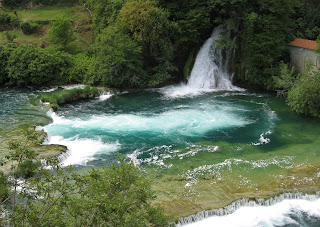 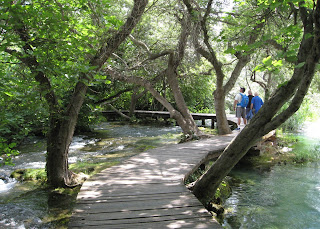 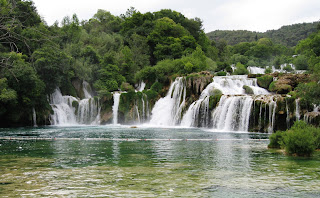 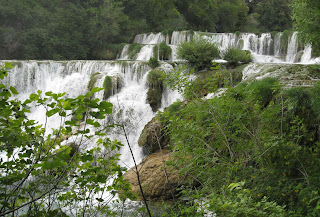 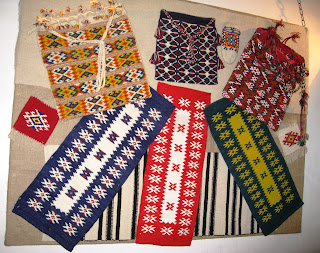 Having made good use of our little car to visit the out-of-the-way Istrian Peninsula and the national parks, we ditched the car in Split and used public transportation for the rest of the trip.