Last year, I met them and we discovered a mysterious coincidence. 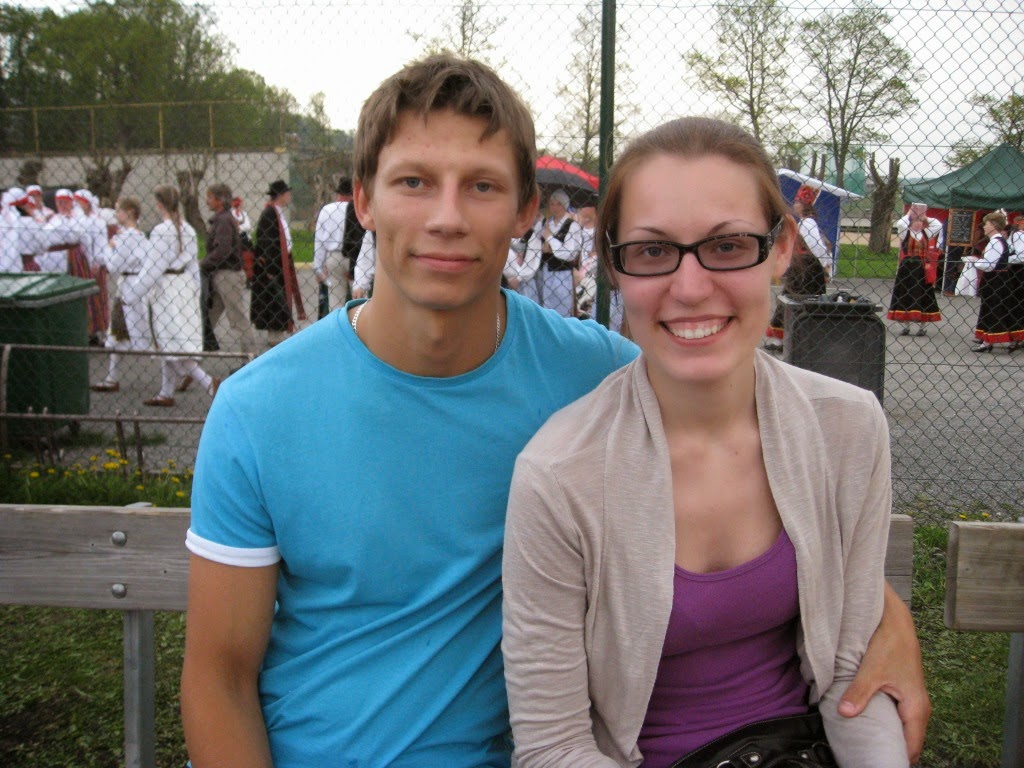 This year, I was brought into the fold. 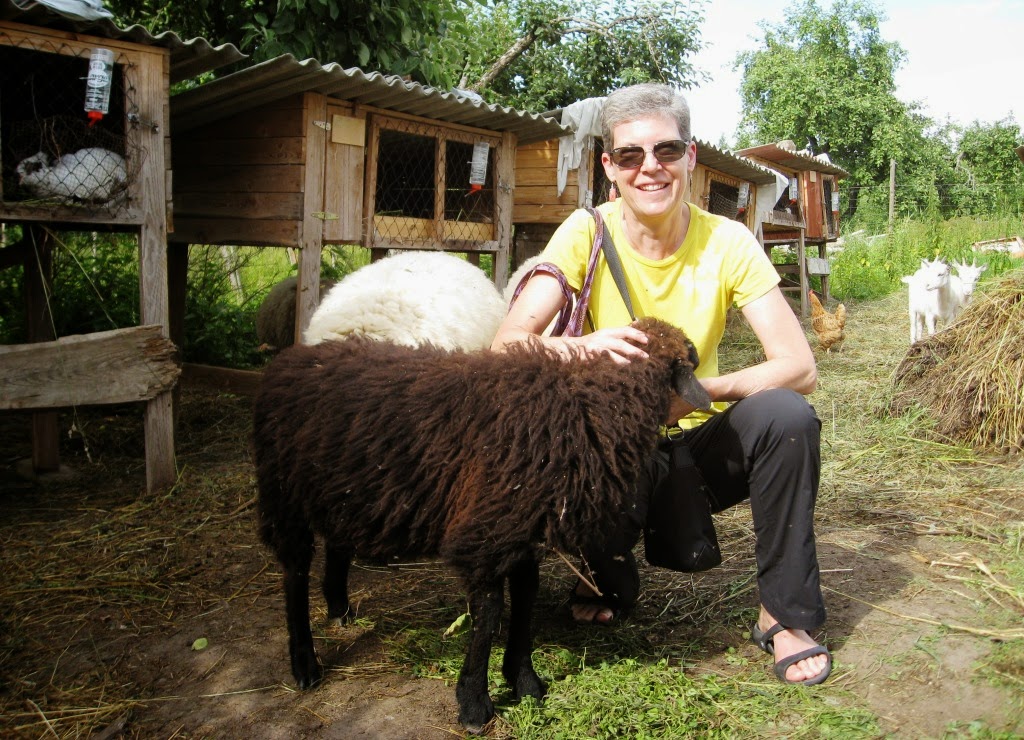 ﻿Following Estonian craft camp, I knew I wanted to return to Viljandi.  I enjoyed my stay there last year during the Baltic Sweater Conference and had met people that I wanted to see again - Rauno, who for me is the face of Viljandi Tourist Info, and his friend, Getter.  Getter had made it clear that they would welcome me if I returned.
I was disappointed to find out that Getter would be in Spain at the time that I would be visiting Viljandi, but Rauno invited me to join him at Getter's parents' home in the country anyway.  Getter's mother, Külli, was out of town, but Getter's father, Andres, was available and, as it turned out, a rather good cook.  He made a delicious pork dinner for us with new-season potatoes, three summer salads, and a homemade dessert.  Getter's grandmother, Aino, was also able to join us and it turned out that she spoke English quite well and had, in fact, just finished yet another English course to improve her language skills.  I had a tour of the farmyard and a visit with the sheep, goats, rabbits, and chickens, as well as a tour of Andres' woodworking shop where he refinishes wood furniture.  The only downside?  A (newly-acquired Estonian) earring that went missing in the farmyard - maybe eaten by a goat?
﻿ 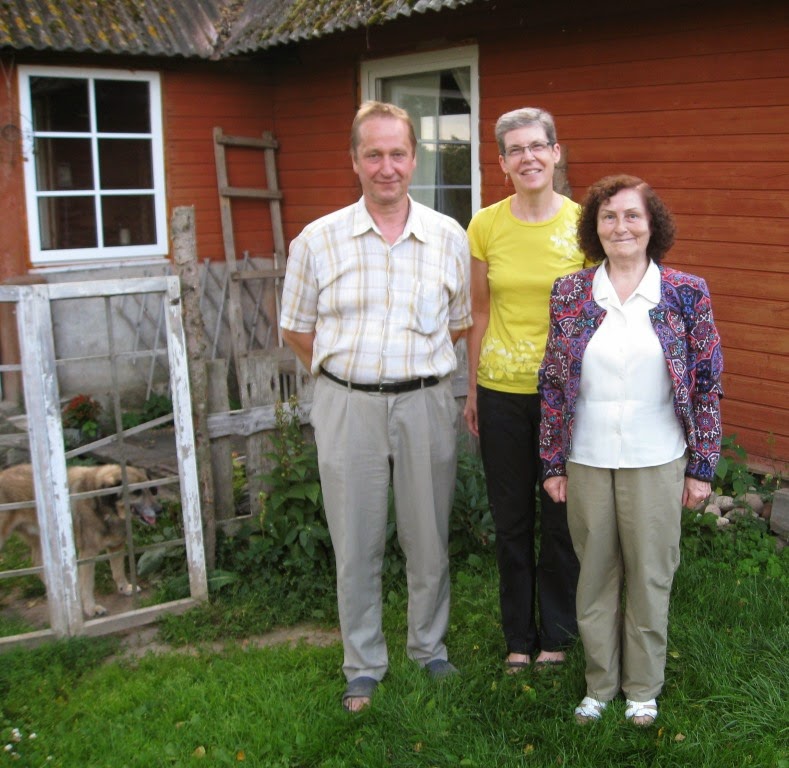 Andres, me, and Aino

During the course of the evening, Aino suggested that she could meet me the following day to show me various handicraft shops around Viljandi, since I had an interest in them.  We met at 10:00 and proceeded to wander the streets and shops of Viljandi together for three hours.  I really appreciated my Viljandi tour with a personal guide! 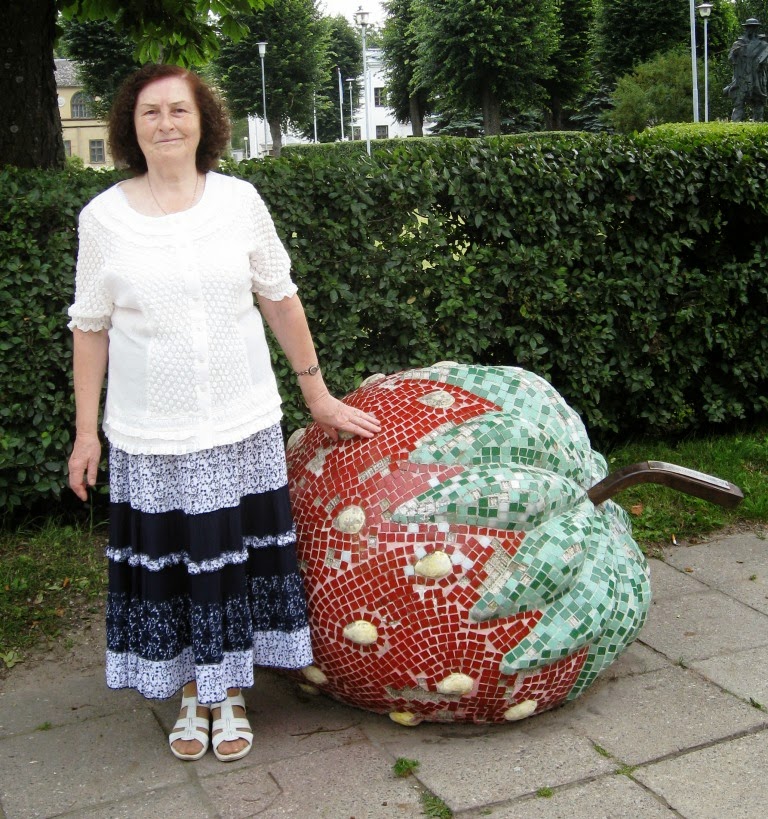 It didn't end there.  Rauno invited me to join him at his grandparents' country home the next evening.  Ants and Silvi shared their home with me, and Silvi put together a traditional Estonian dinner, in spite of the fact that her oven went out the day before.  We had pork, potatoes, salad, and, again, a delicious homemade dessert, followed by watermelon eaten outdoors so we could spit seeds and drip watermelon juice without concern.  Rauno provided translations all around - English to Estonian and Estonian to English, as needed.  I don't know how he had time to eat his own dinner! 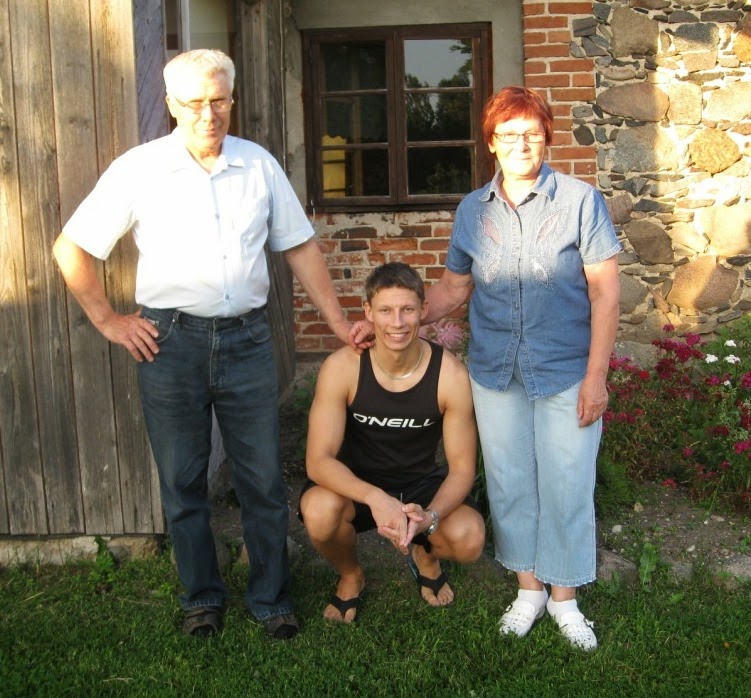 Ants, Rauno, and Silvi
I toured the property with Rauno, sampling gooseberries and a few remaining strawberries, and saw Ants' RAF (Rīgas Autobusu Fabrika - Riga Autobus Factory) van that he is currently restoring. 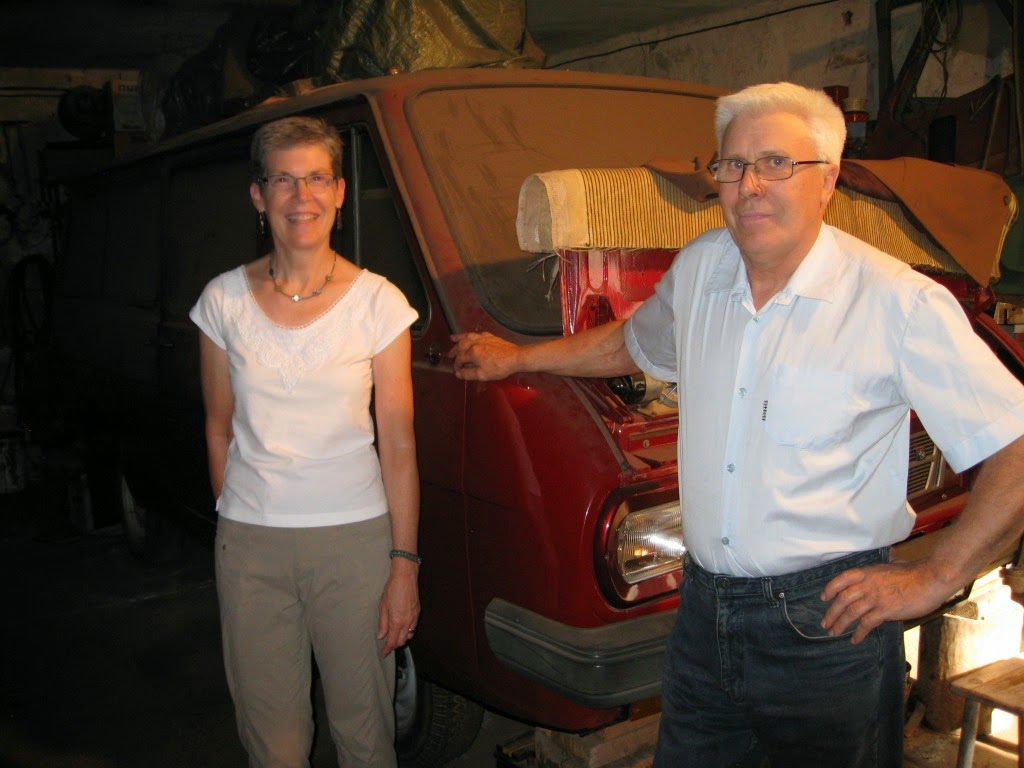 Me, the RAF van, and Ants
Again this year, the Viljandi Tourist Info staff exceeded expectations!  Thanks, Rauno, for your sincere welcome and for a "taste" of Estonian country life!
Posted by Mary G at 7:22 PM